Harry understands the challenges that both young and old experience in today’s world.  These include getting affordable accommodation to rent or buy; dealing with antisocial behaviour, litter and rubbish.  These things impact on people’s day-to-day aspirations and perceptions.  To improve matters, he would encourage closer workings between Housing Associations, the Council, police and other agencies.

Harry is keen to safeguard our environment; areas of natural beauty such as the River Cray and its environs should be protected and preserved!  Also, he believes that pedestrians should be given greater consideration when devising traffic management schemes, and will promote measures that encourage safe and responsible driving.

Harry is a former secretary of the Saxon Youth Centre, as well as a current trustee of Cray Valley Memorial Hall.  He is married, and worked in the travel industry for over thirty-eight years.  In his spare time, he enjoys live music and old vintage aircraft.  He helps a local cat rescue charity, and has quite a few felines of his own.  Also two dogs!

Cray Valley Advice Bureau dates are below, please click on the link. 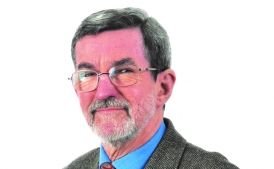