Councillor for Orpington ward
Pauline has represented the residents of Orpington Ward since being elected in 2006. Pauline has lived in Orpington for over 25 years. She has two grown up daughters who were educated locally. She has run her own successful business in haute-couture since 1987. She has always been involved in the local community and was Chairman of the PTA of Green Street Green School. She also ran a theatre company there for several years for children aged five to ten, directing several productions.

Pauline’s first role in the Council was as Executive Assistant to the Portfolio Holder for Public Protection & Safety in 2006 and again 2009. She was appointed the Borough’s Champion Against Domestic Violence in 2006.

In 2007 she had the honour and privilege of serving the Borough as Mayor of Bromley and her chosesn charity was The Bromley Diabetes Support Group.

In 2008 she was Vice Chairman of Renewal & Recreation and became the Chairman in 2009.

In 2010 she became the first Children’s Champion for Bromley.

Pauline has always had an interest in children in care and in 2012 was delighted to be approved as a Foster Carer for the Borough.

In 2014 she became Chairman of Care Services Policy Development Scrutiny Committee and is currently the Vice-Chairman. She also sits on the Development Control Commitee, Health Scutintiy Sub-Committee. She has previously served on the General Purposes & Licensing, Public Protection & Safety, Education and Renewal & Recreation Committees. 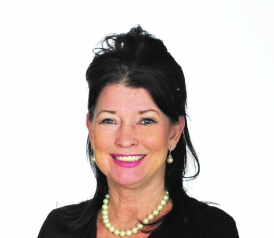